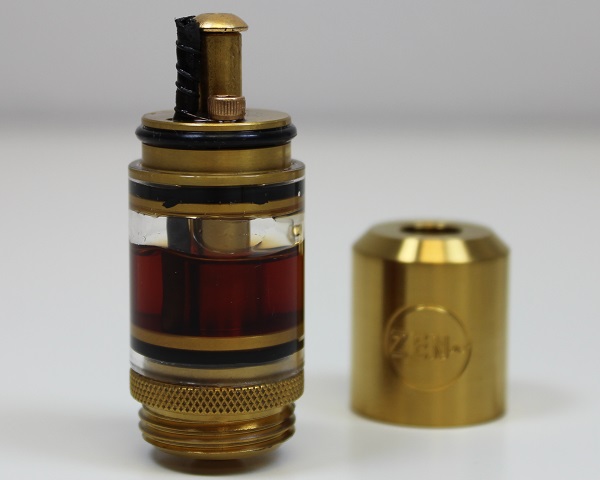 Ever wanted to have a gold nano? If yes then your wish is has been granted through the Genesis Twenty Four Hybrid, produced by the Modder Zen. The beauty of Zen is made up of 24 karat gold and is plated with titanium hybrid APV. It also features the very famous, Z-Atty.

Traditionally, the electronic cigarette mods and kits come packed in a very uniquely designed box. In case of Genesis Twenty Four Hybrid along with the other products of Zen come inside a clear and beautifully designed plastic tube. It may be a rare hybrid of its kind, but the packaging is??extremely eye-catching. Inside the tube comes a cylinder of foam that houses the mod safely.??Outside the cylinder comes the branding paper, with ???House of Hybrids Genesis Twenty Four printed on it. The packaging made for the Twenty-Four limited edition may seem simple at first,??but it has turned out to be effective to a lot of people as well.
Genesis-Twenty-Four-packaging
Build Quality

While attaching or removing the switch or the atomizer, you might go through some squeaking.But this is the only issue found in the Genesis Twenty- Four Hybrid??built quality. The overall built is??phenomenal as you hold beauty. There is no leaking from the tank. This is primarily because of??the quartz glasses that air-tight over the rings. The engravings, on the other hand, are flawless.??The carvings are found on the switch and the Atty cap. The best of all the features stated by??Zen himself is that the gold nano plated titanium is scratch resistant.
Functionality

The functionality is the case where all the Zen hybrids, including the Genesis Twenty- Four Hybrid??lose??a couple of points. The device is a stand-out-of-the-crowd piece already, but the battery rattle??is something goes off guard. In the case of a typical mode, the battery is present in a place with a spacer, while on the other hand, the contact point is on the switch that is raised when the user pushes the button. It is then when the mod fires, as the bottom switch contacts the point on??the negative part of the battery.In the case of the Genesis Hybrids, the battery is continuously touching the contact on the bottom, Zenesisunless the present mod gets upside down. When one presses the button, the battery goes up until it touches the contact present on the top on the positive end, creating a very strong connection. As a hybrid, a 510 connector is replaced by the positive coGenesis.
-twenty-four-rebuilding-wick-atomizer 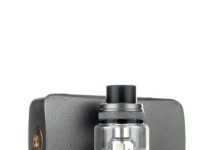 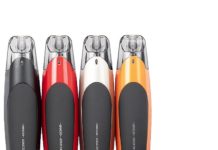 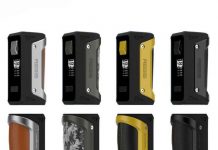